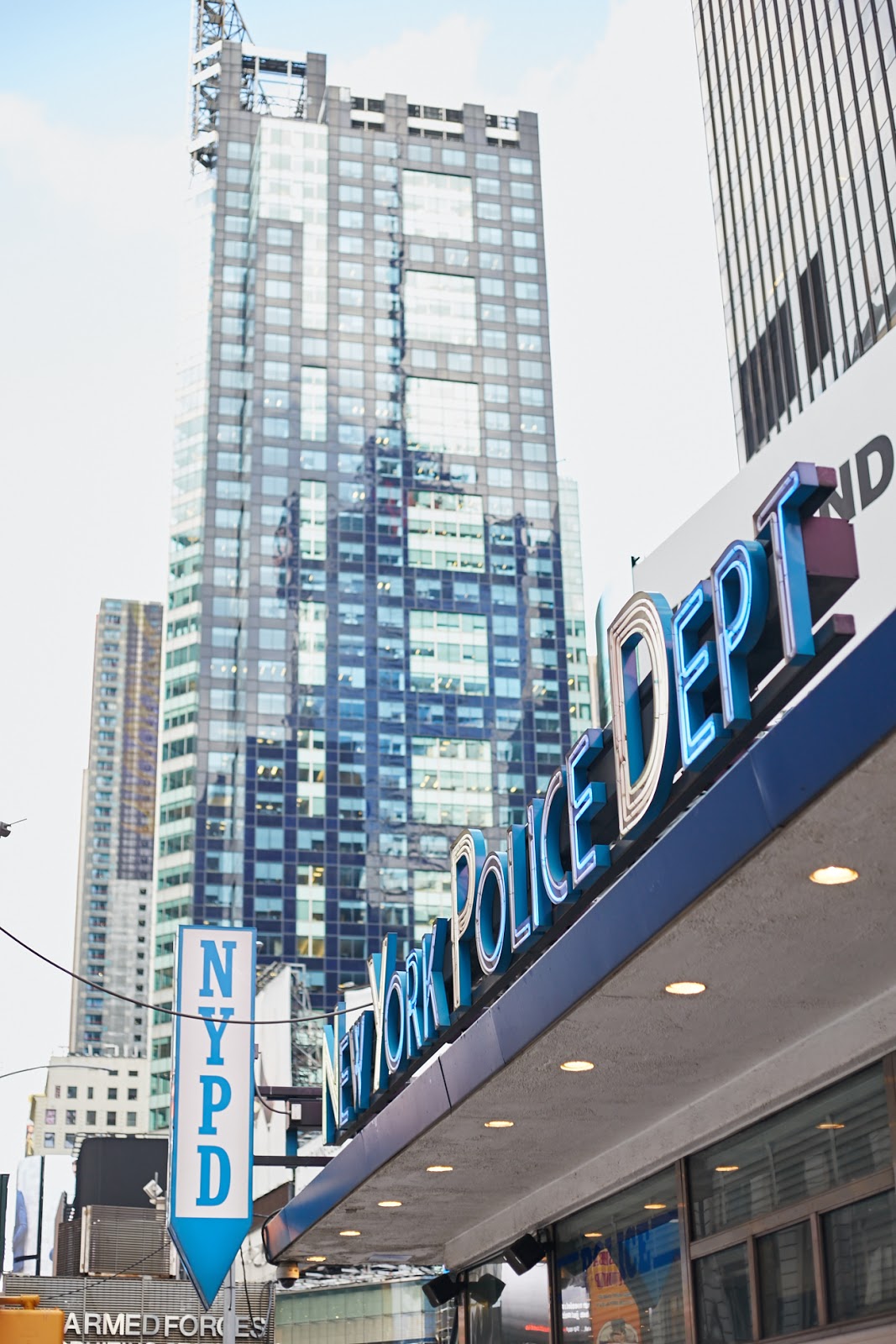 Emerging from the subway to the bright neon lights of Time Square! What to look at first? The iconic Coca-Cola ad, the Disney store playing clips from films, fashion brands’ adverts and film advertisements as far as the eye could see! It may be NYC’s biggest tourist hotspot and in the London equivalent if I happen to drop by Piccadilly Circus I’m in and out, get where I need to go and get out of the massive crowds. But seeing as Ollie and I were tourists, it was nice to revel in a place so iconic and familiar and watch the world go by.

Whenever I travel I’m usually very conscious of what’s going on around me. However on this occasion I got sucked into a very typical tourist trick when we walked onto the main pedestrian strip at Times Sq. You may think me silly, but I wanted to warn you guys before you ended up doing the same, easy mistake to make it would appear. I spotted ‘Cookie Monster’ posing for photos and said to Ollie it would be great to get a photo for my nephew Jamie; he’s obsessed with Cookie Monster. Before I even had the chance to walk towards him a friendly Minnie Mouse greeted me with a hug and said ‘Photo, Photo!’ and a nearby Elmo joined in and put his arm around me. I gave my cheesiest grin thinking of Jamie looking at the photo once we were home as Ollie took the photo. As soon as Ollie look at the camera screen, Minnie lifted her head off and declared ‘I work for tips!’ and demanded money there and then. We’d been seriously suckered, one of the most touristy places in the entire world and instantly charged $6 for a photo with a dodgy Minnie Mouse and Elmo. Let that be a lesson people! Don’t take photos with the characters in Times Sq, whether that’s Minnie Mouse, Captain America or the Statue of Liberty unless your willing to hand out some cash. We ended up laughing about it within minutes and chuckled at the photo!

We browsed some of the seriously tacky gift shops, where better to delve into the plastic treasure troves than on Times Sq. We picked up obligatory souvenirs for family and friends and then stood at the top of the red steps and watch the world go by and treasure a little memory of this moment; the insane amount of neon lights, people and yellow taxi cabs all in one place.

We walked onto Radio City to get tickets to Top of the Rock, we were planning to go at sunset but arrived too late that day to book tickets. So we booked another day later on in our stay. I’d love to see a show in Radio City’s music hall one day! 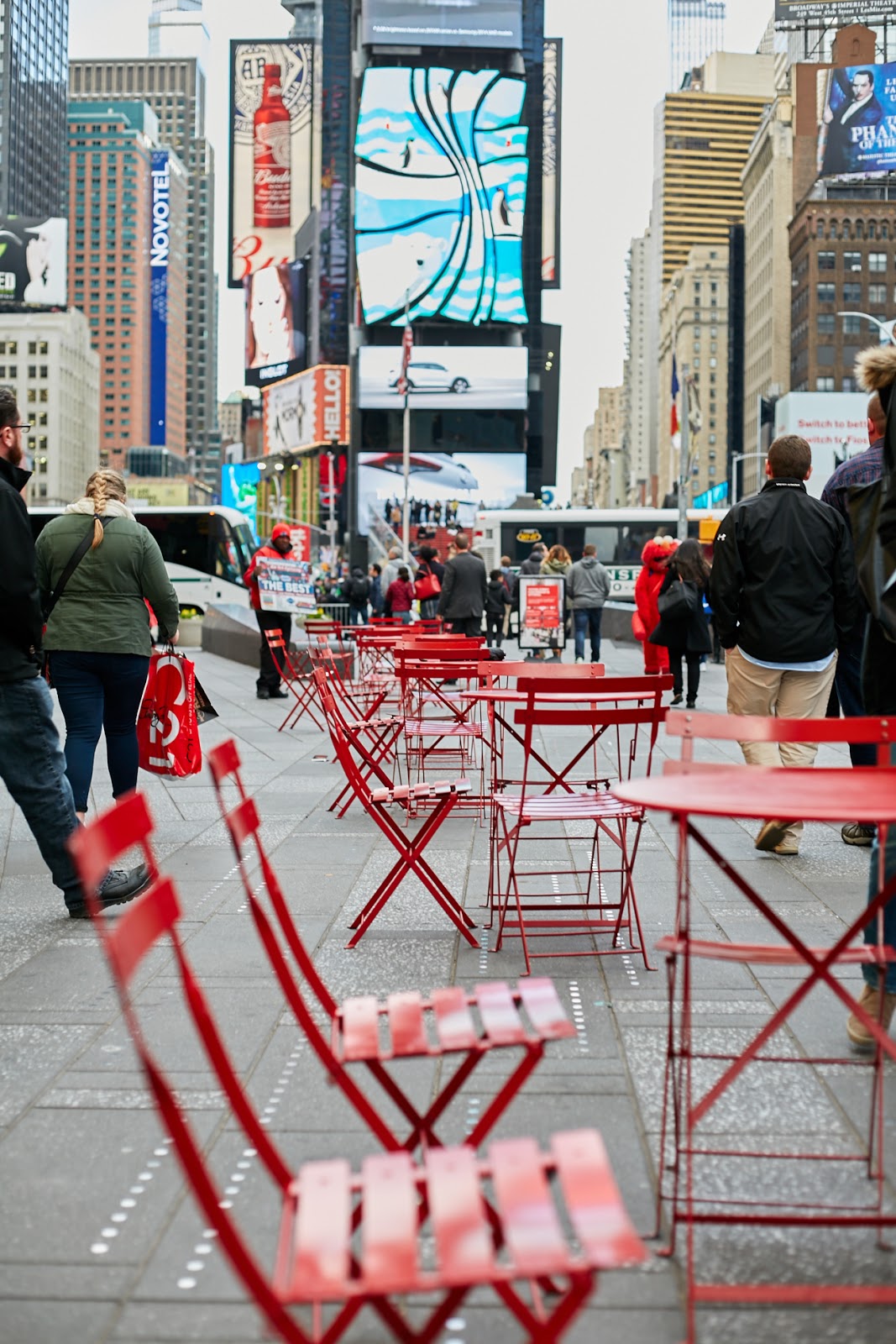 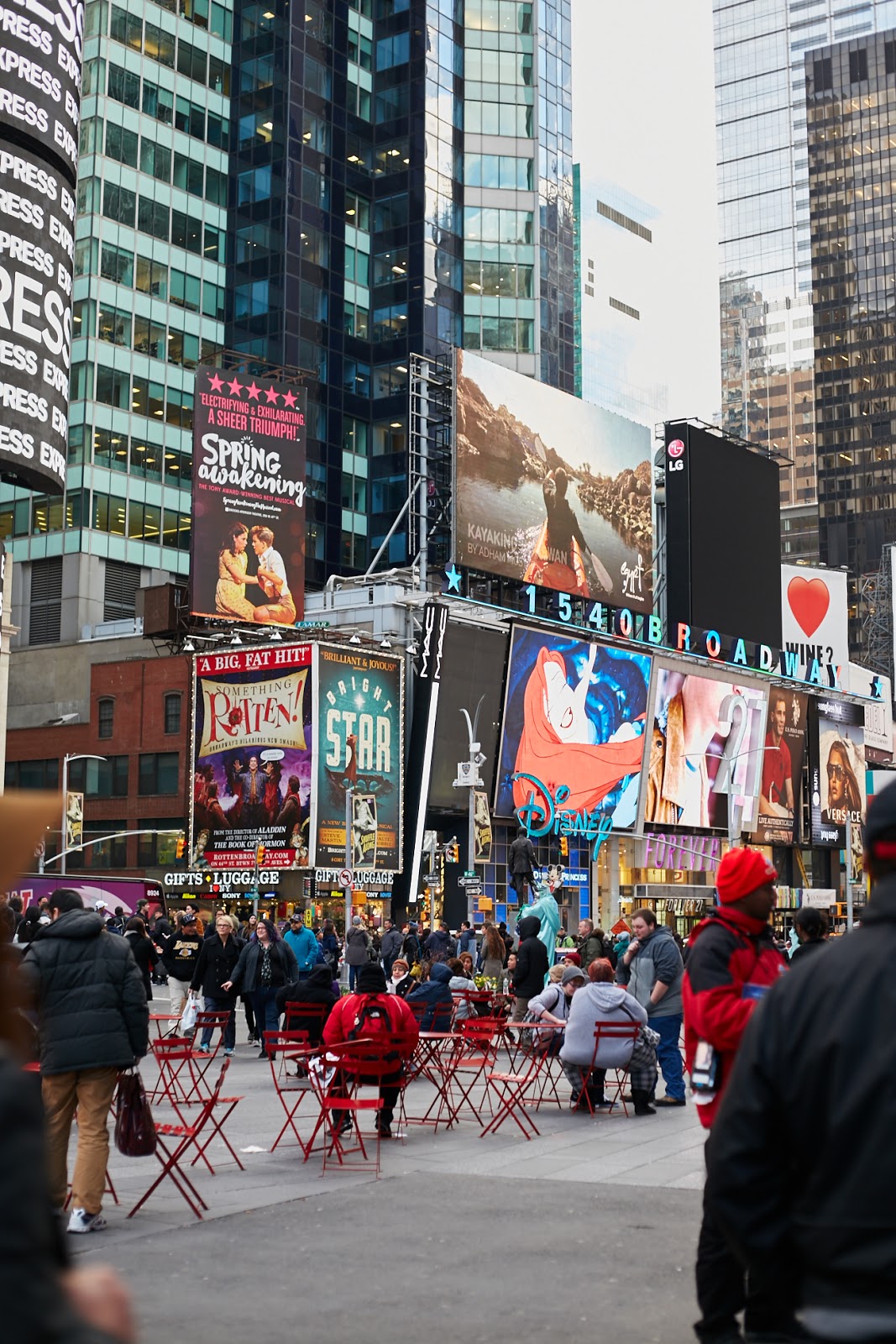 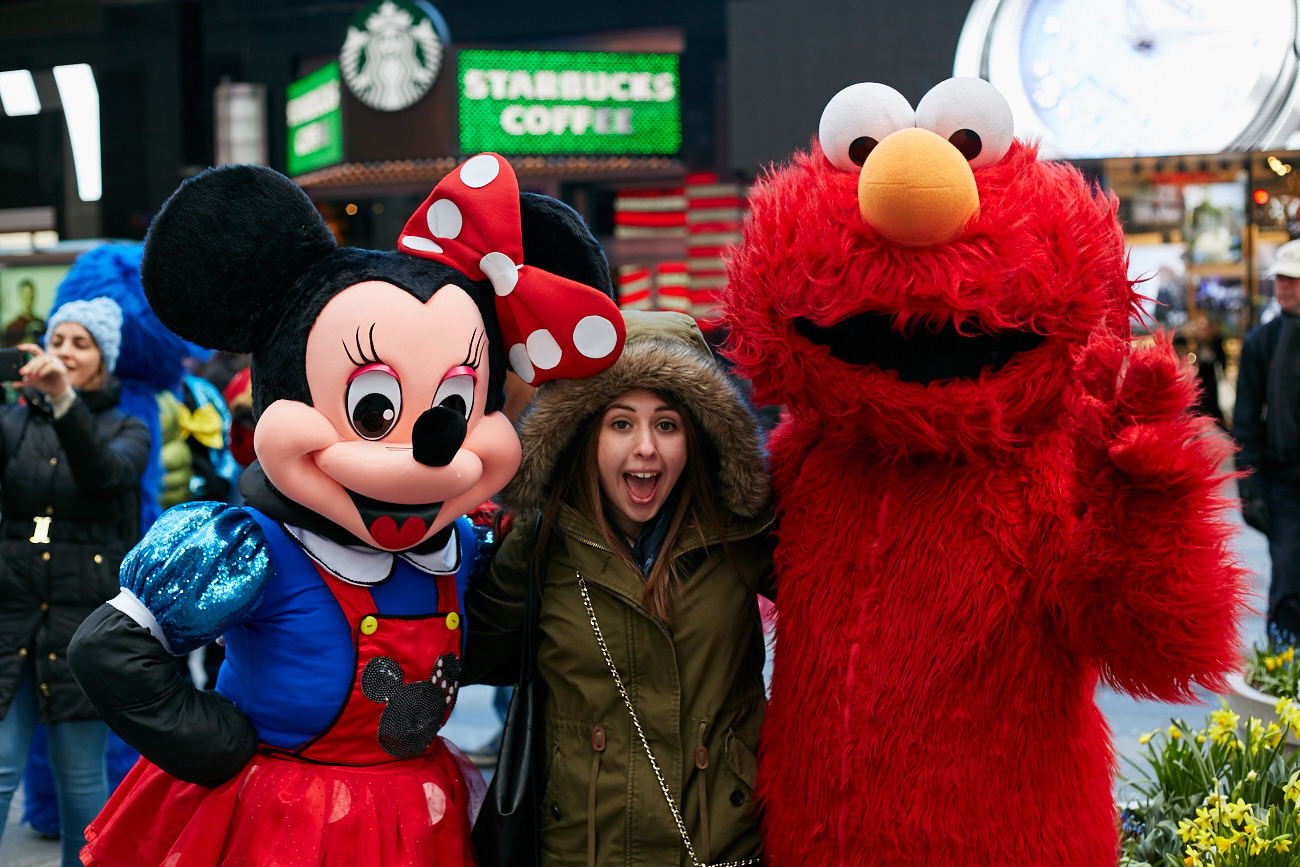 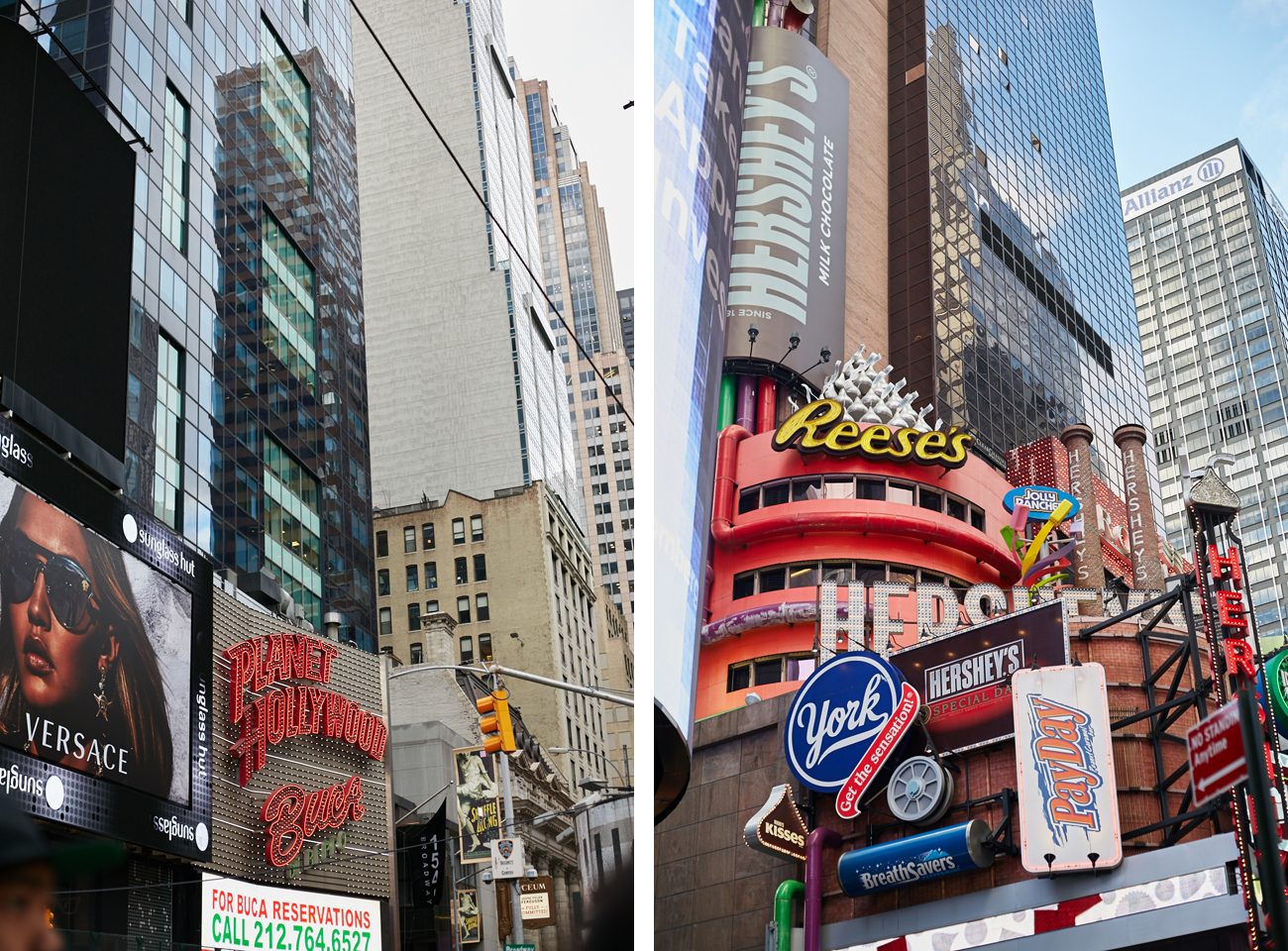 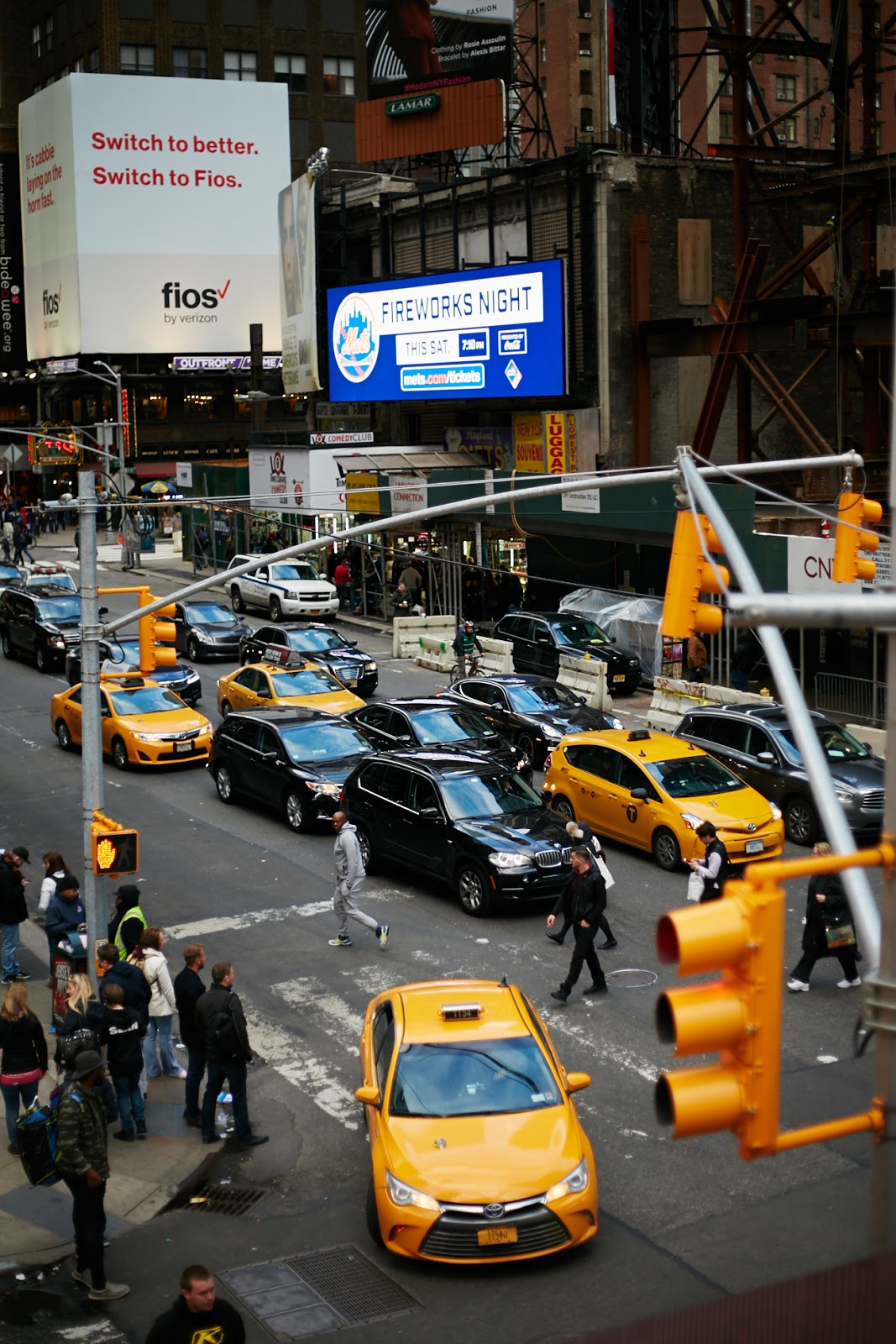 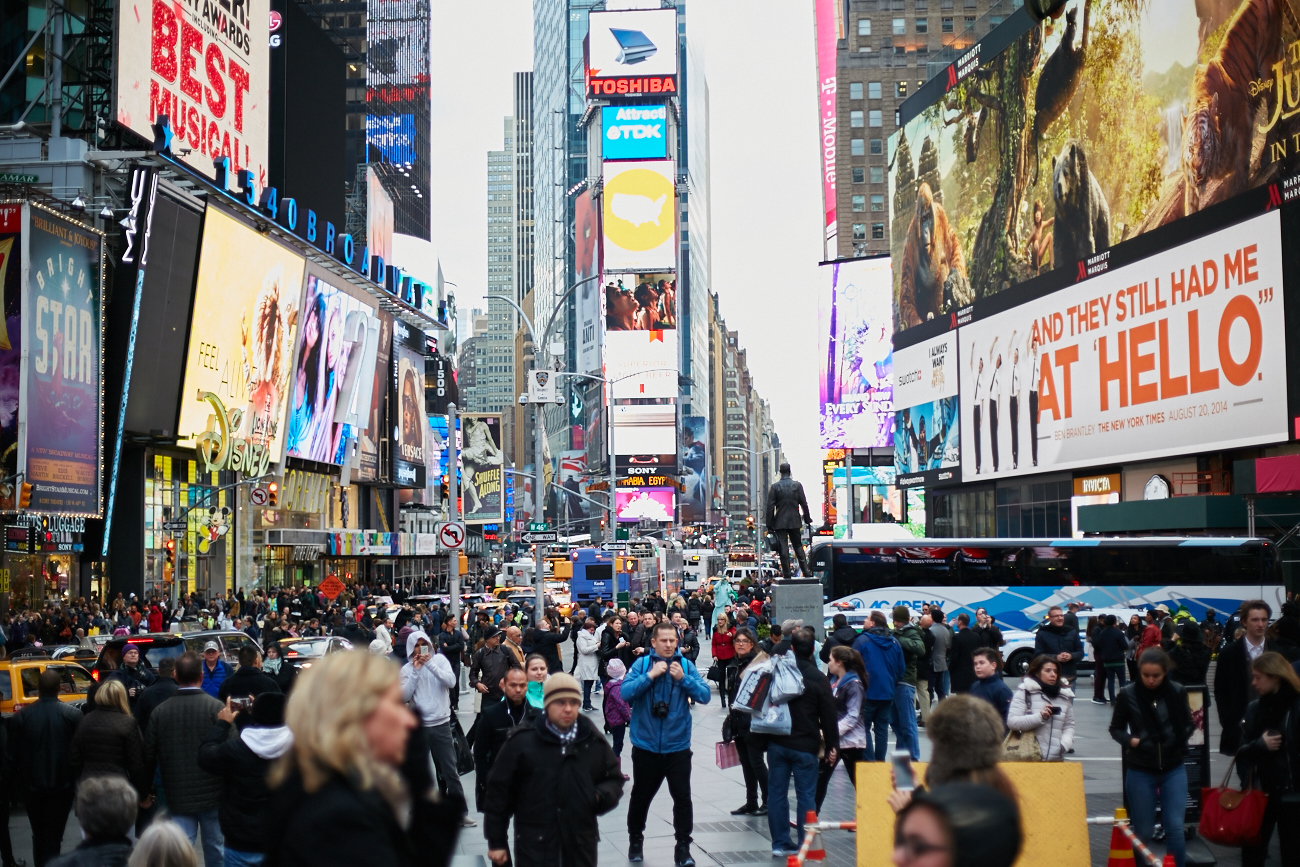 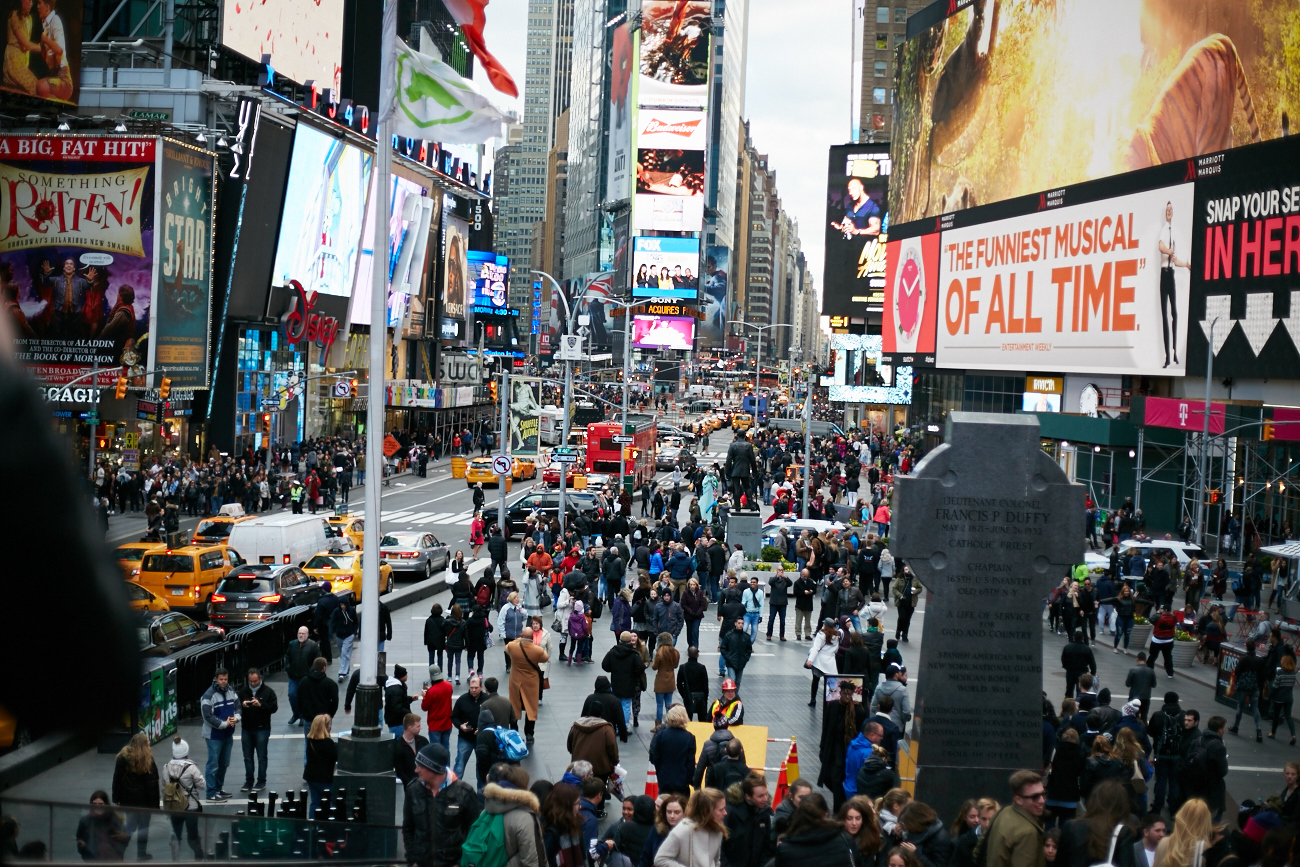 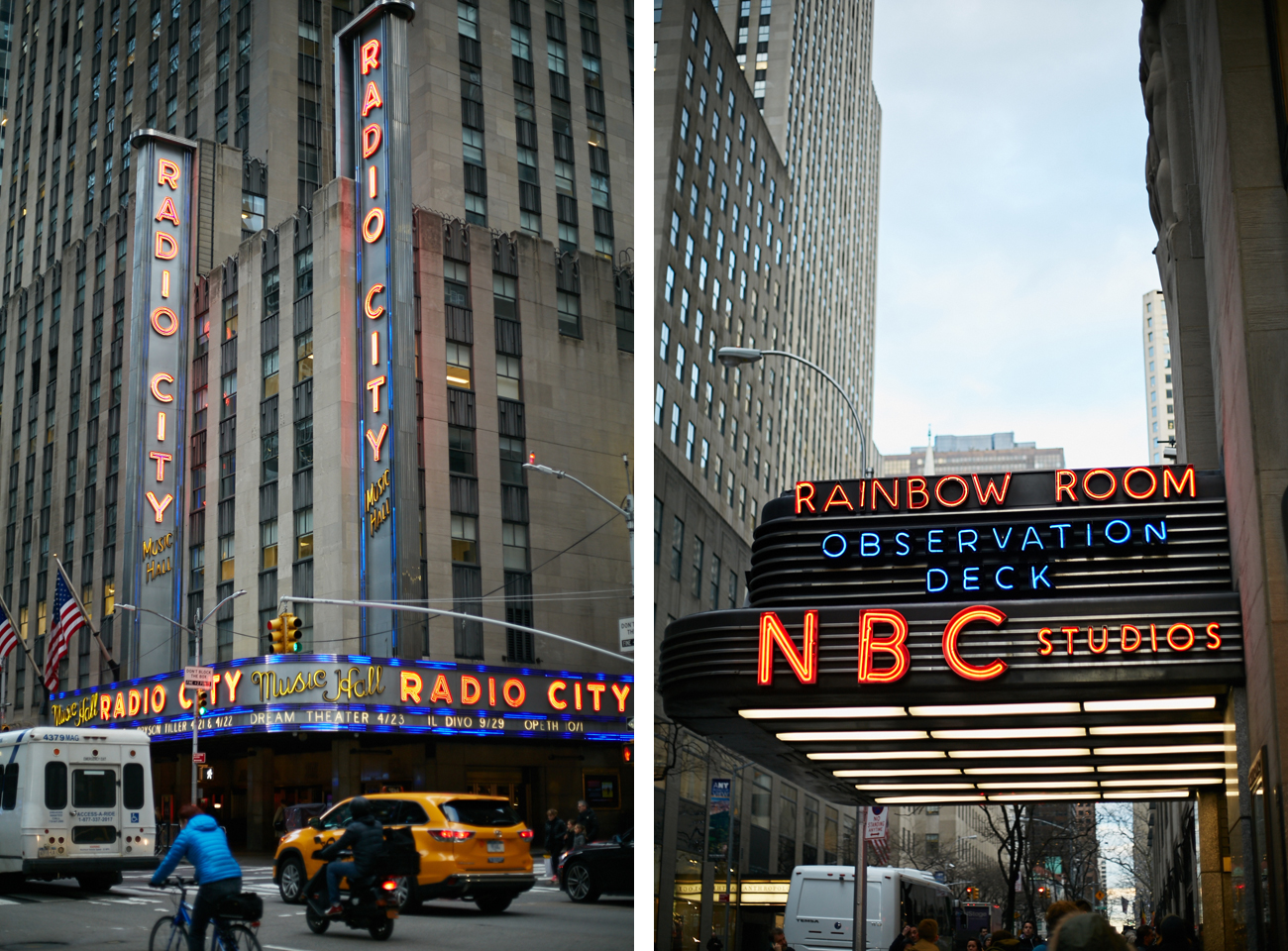 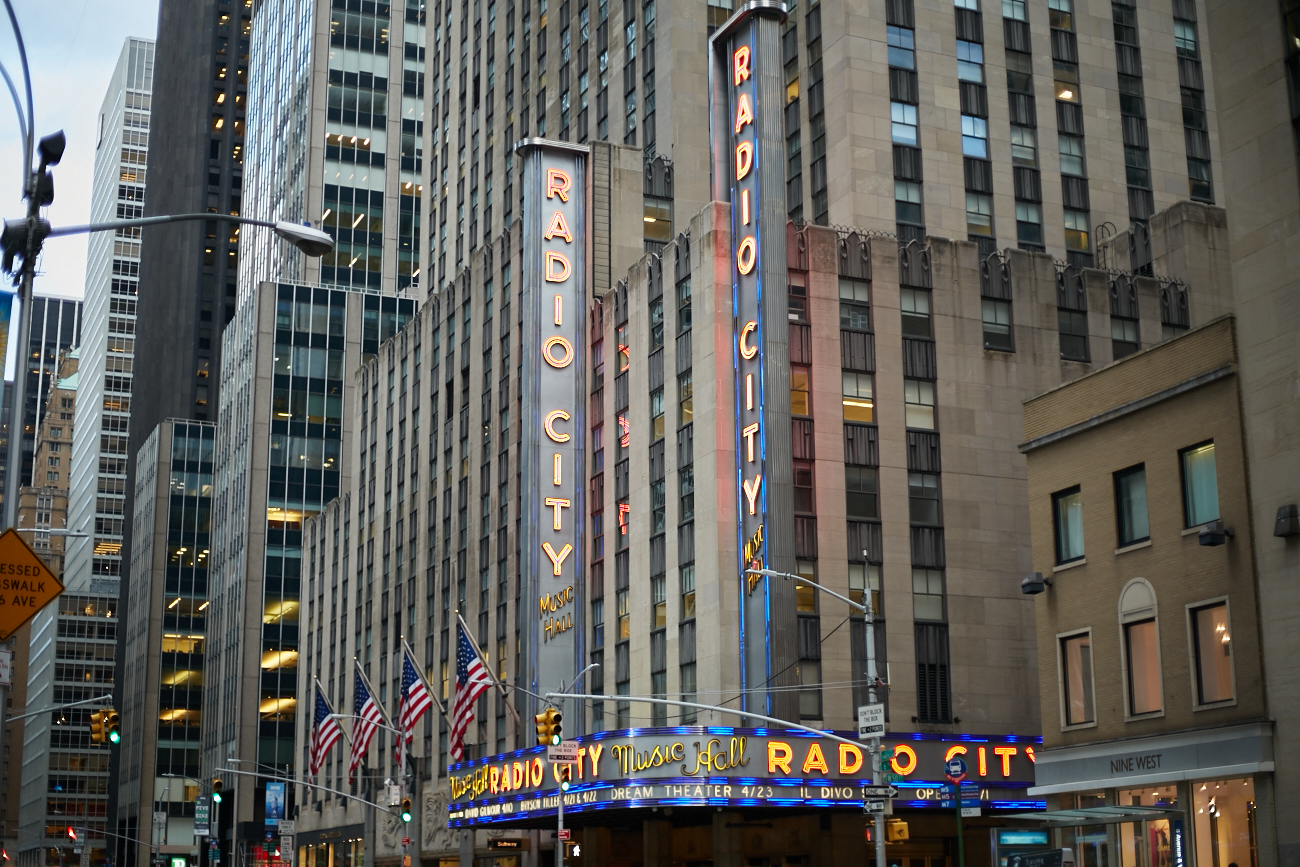 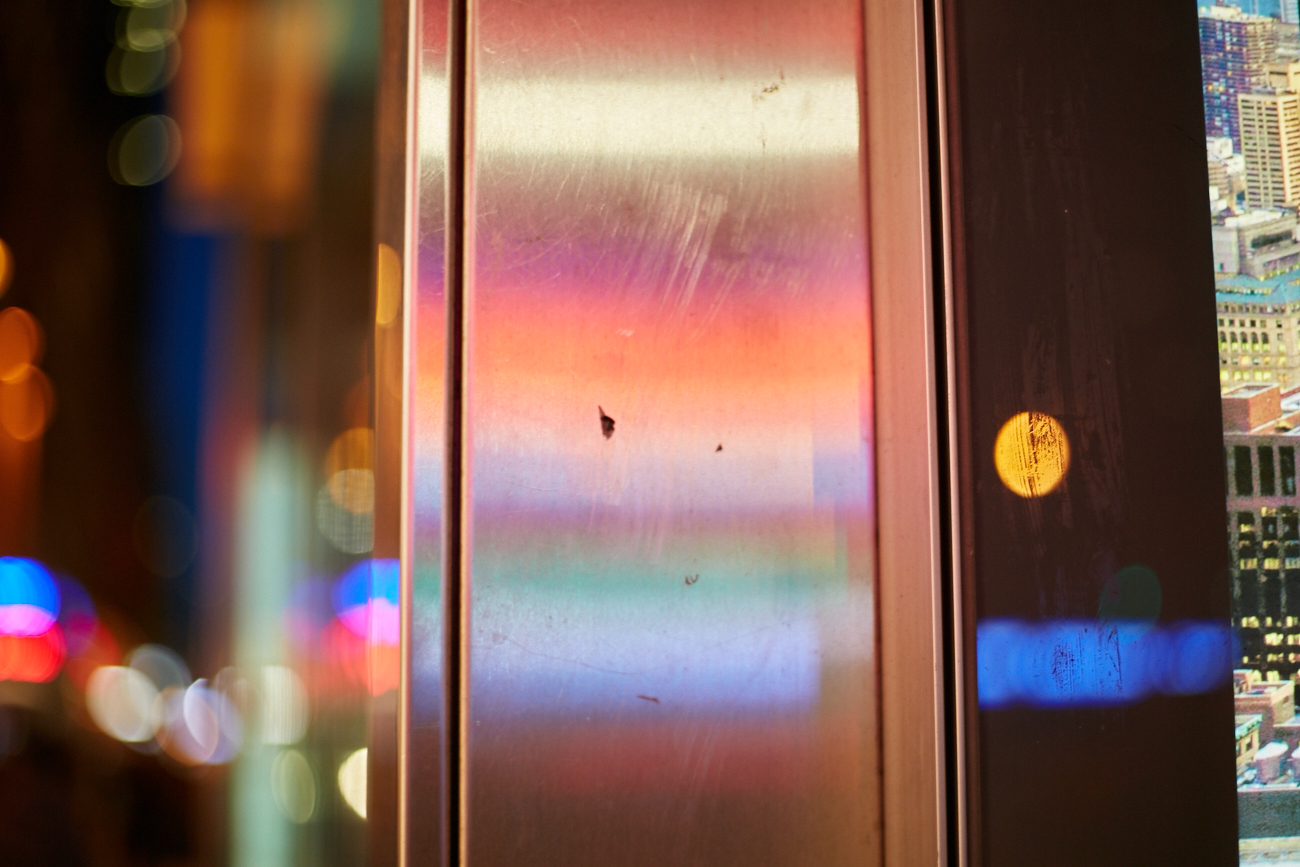 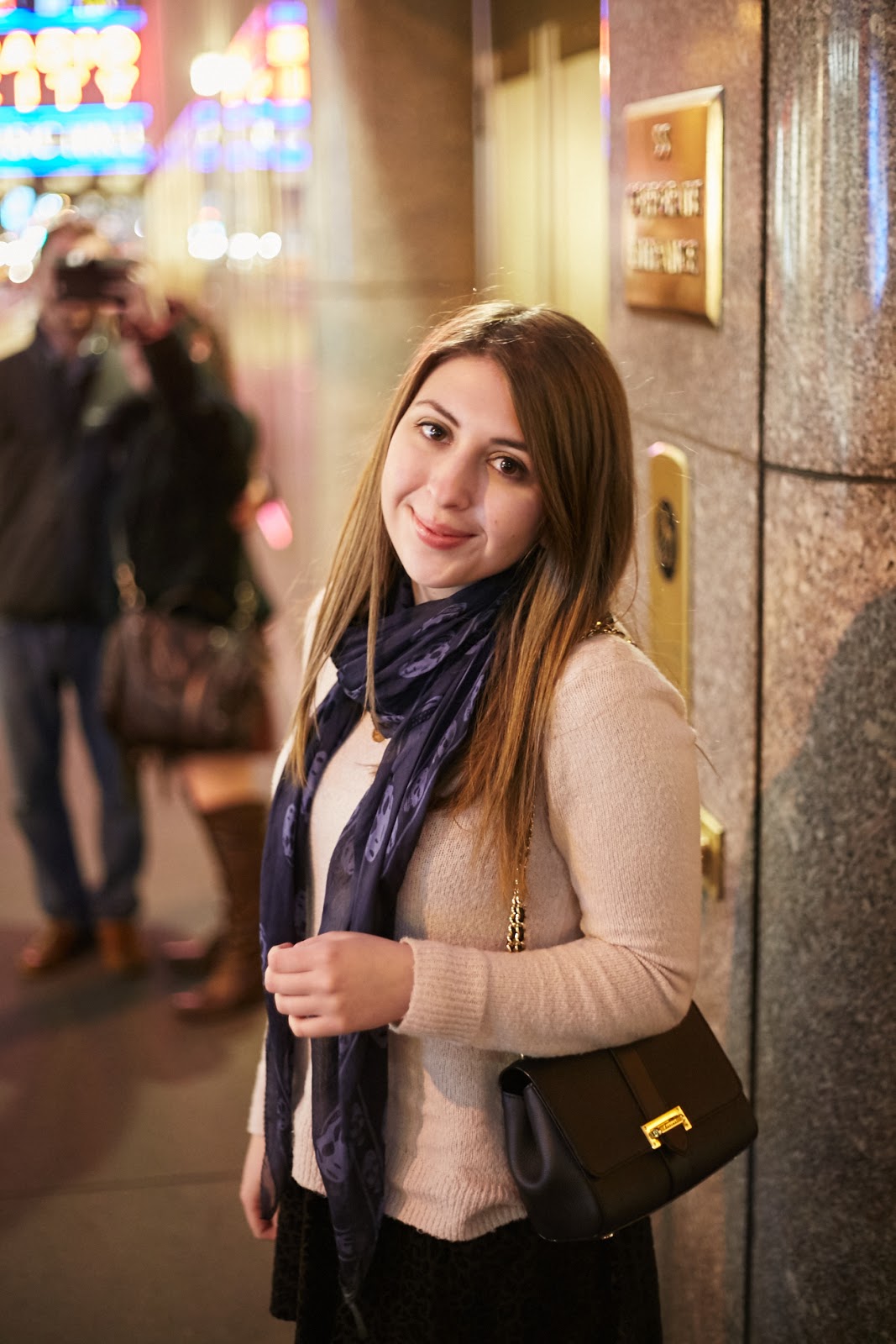